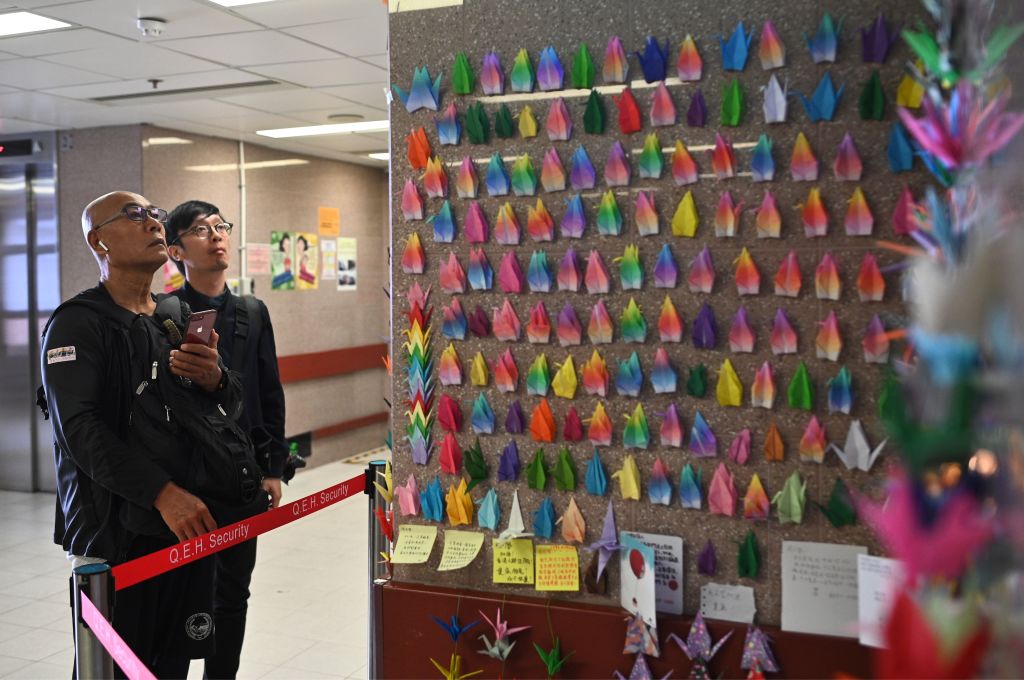 In Hong Kong, the death of a local college student marks the first fatality directly connected to police actions since the mass protests started in early June.

Alex Chow Tsz-lok, 22, a computer science student at the Hong Kong University of Science and Technology (HKUST), died in hospital from cardiac arrest at 8:09 a.m. local time on Nov. 8, according to Hong Kong media.

He had been in critical condition with severe injuries to his head since Nov. 3 after he was found unconscious in a pool of blood on the second floor of a parking lot at the Sheung Tak public housing estate in Tseung Kwan O.

According to Hong Kong media, Chow had fallen from the parking lots third floor where police had reportedly fired tear gas in response to protesters throwing bottles and bricks at officers from the building. With no closed-circuit cameras capturing the incident, the circumstances surrounding Chows fall remain unclear.

Chows death could potentially spark more protesters to take to the streets, as protesters have been unhappy with the polices use of force against them.

Local police have been accused of delaying emergency treatment to the student by blocking a road leading to the parking lot, resulting in paramedics having to walk to Chows location.

According to local media, Hong Kongs Fire Service Department revealed on Nov. 6 its paramedics did walk on foot to treat Chow because a road had been blocked for some reason. Police have denied causing any delay.

Hong Kong protests, now in their 6th month, have shown no sign of ending after millions took to the streets, initially to voice opposition against the city governments proposal of an extradition bill that included mainland China, which many feared would erode the citys judicial independence.

Though the bill has since been formally withdrawn, protesters have continued to take to the streets and hold rallies, demanding greater democracy such as universal suffrage, and an independent inquiry over instances of police violence.

The pro-democracy Civic Party said in an announcement on Nov. 8 that it would be suspending all campaign activities for the day, expressing pain upon learning of Chows death and offering condolences to his family. Hong Kong is due to hold its district council elections on Nov. 24.

Joshua Wong, the iconic figure from the 2014 Umbrella Movement and the secretary-general of pro-democracy party Demosistō, also took to Twitter shortly after learning the news and mourned the loss of a “freedom fighter” in Hong Kong.

“We will not leave anyone behind—what we start together, we finish together,” Wong wrote. “Given the losses suffered by HK society in the past month, the gov must pay the price,” he added.

The student union of HKUST led the campus in a moment of silence to remember Chow at 1 p.m. local time on Nov. 8, according to local media RTHK.

The “weapons” in his possession were a modified umbrella with a longer than usual stem and a laser pointer.

The teenager was arrested near TuRead More – Source