NEW YORK/BENGALURU—The rapid spread of the coronavirus disease is taking a toll on the $46 billion global ocean cruise industry.

Many see Asia as a potential growth area for cruise tourism: 39 cruise brands were active in Asian waters last year, deploying a total of 79 ships, according to trade group Cruise Lines International Association.

The long-term impact of the virus on the industry is unclear and some analysts have cautioned investors against dumping cruise stocks.

“We remind investors not to hit the panic button, as in the year following SARS, H1N1, and Zika, Carnival and Royal both posted positive as-reported yield growth, conveying the resilience of demand across the industry,” Morningstar analysts said in a recent note.

Royal Caribbean Cruises on Feb. 14 canceled 18 cruises in Southeast Asia after calling off eight trips to China last week. It joined industry leader Carnival in warning that full-year earnings would be hit by the outbreak. 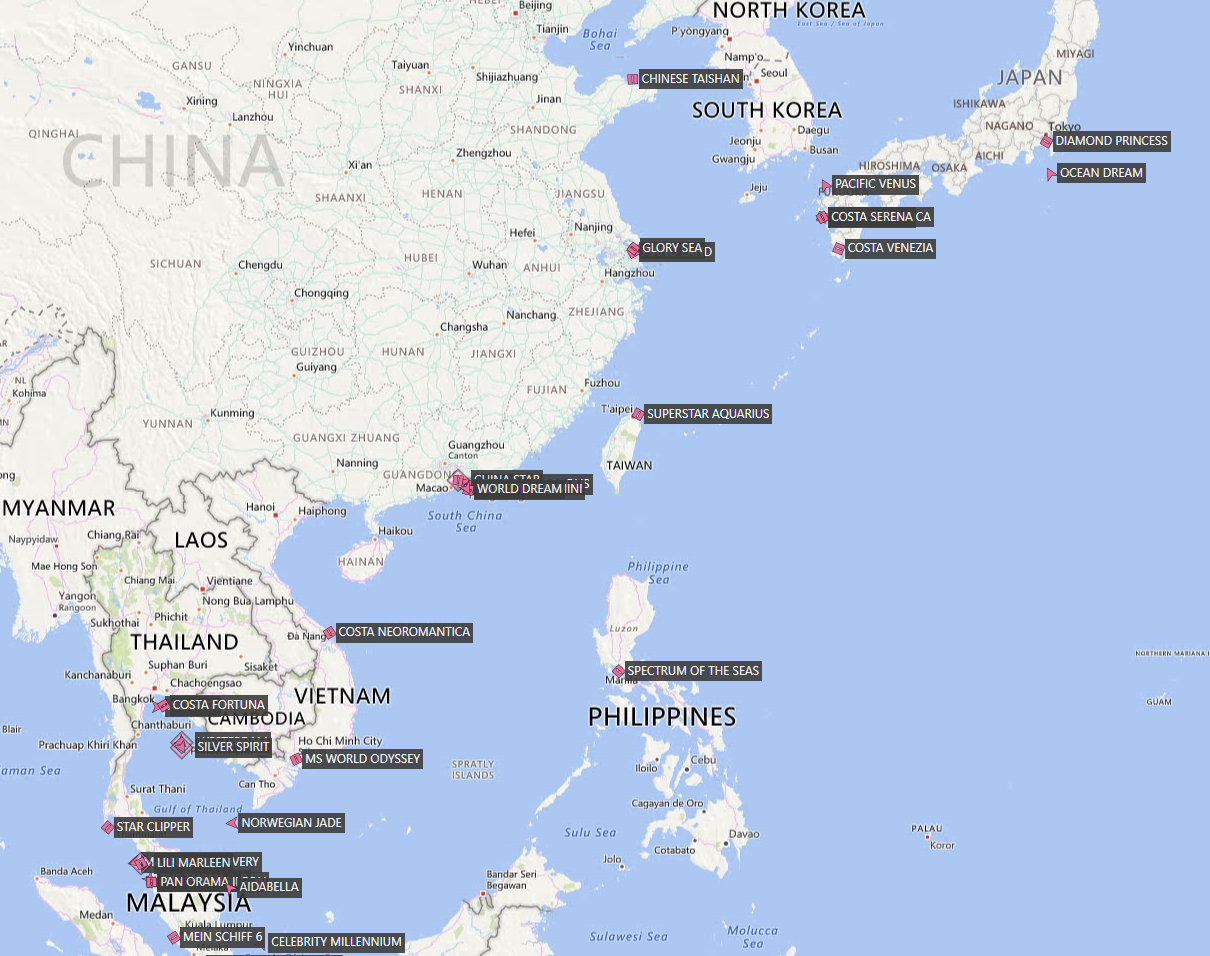 The big three of the cruise industry—Carnival, Royal Caribbean and Norwegian Cruise Line—have nearly 200 ships in their global fleet. Norwegian declined to comment on the long-term impact of the virus on its business. Carnival and Royal Caribbean did not immediately respond to requests for comment.

Each of these companies garner a major portion of its annual revenue from the region. China, in particular, has grown as a cruise market in recent years because of its large middle-class population and expanding international tourism.

Carnival, which considers China its most significant long-term growth opportunity in Asia, has been in the eye of the coronavirus storm.

Carnivals Diamond Princess has remained docked in Yokohama, Japan, since Feb. 3 after a man who disembarked in Hong Kong was diagnosed with the virus. With 218 passengers and crew infected, the British-flagged ship has the biggest cluster of infected people outside China.

Another Carnival ship, the MS Westerdam, found itself stuck at sea for about two weeks after several Asian countries barred it from docking at their ports. The ship finally docked in Cambodia.

Carnival has already suspended cruise operations at ports in China. The company estimated its 2020 earnings would drop 55 cents to 65 cents per share if it was forced to suspend operations inRead More – Source

I will keep my promise: Malaysias Prime Minister Mahathir denies claims of manoeuvres over PM term

Despite Weak Growth, Americans Feel Content About State of the Economy