Model Halima Aden is putting us all to shame as at the age of 21 as she now adds being a fashion designer to her lengthy list of achievements.

She was the first hijab-wearing model to be featured on the cover of Vogue, advertised a headscarf for Nike, and was part of a Kanye West Yeezy presentation.

Now The American-Somali model is launching her own range of headscarves for Muslim women with a keen fashion sense.

Working with Turkish modest wear brand Modanisa, Halima will debut the set of 27 hijabs at the second edition of Istanbul Modest Fashion Week in April.

Halima, who grew up in Minnesota, U.S, after being born in a refugee camp in Kenya, has been making strides in representation for Muslim women and the move will no doubt please her thousands of followers.

They’ll be even happier to know the line drops just before Ramadan. The scarves might even make perfect Eid presents.

It’s not Halima’s first time walking the runway for Modanisa, as she hit the Dubai Modest Fashion Week catwalk in 2017.

This year Modanisa goes back to its Turkish roots, being held in Istanbul where it will unveil its Ramadan collections from a mix of up and coming and established Turkish designers.

The first hijab-wearing model for esteemed management agency IMG, Halima wants to invite other Muslim women to have many firsts.

‘I’m focused on the next generation,’ she told Paper. ‘I want to one day see a hijabi at the Met Gala. I want to see a hijabi being a lead actress. Think of all the many firsts that are still out there.

‘What can I do to encourage girls to dream big, to bring it home?’

We can’t wait to see what Halima’s designs look like and what other words will be added to her model-fashion-designer title in the future.

MORE: International Somali Awards celebrate all the achievements of an underrated community 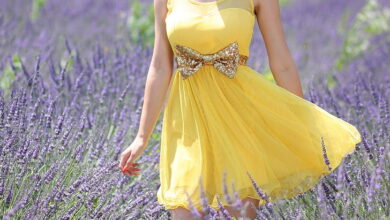